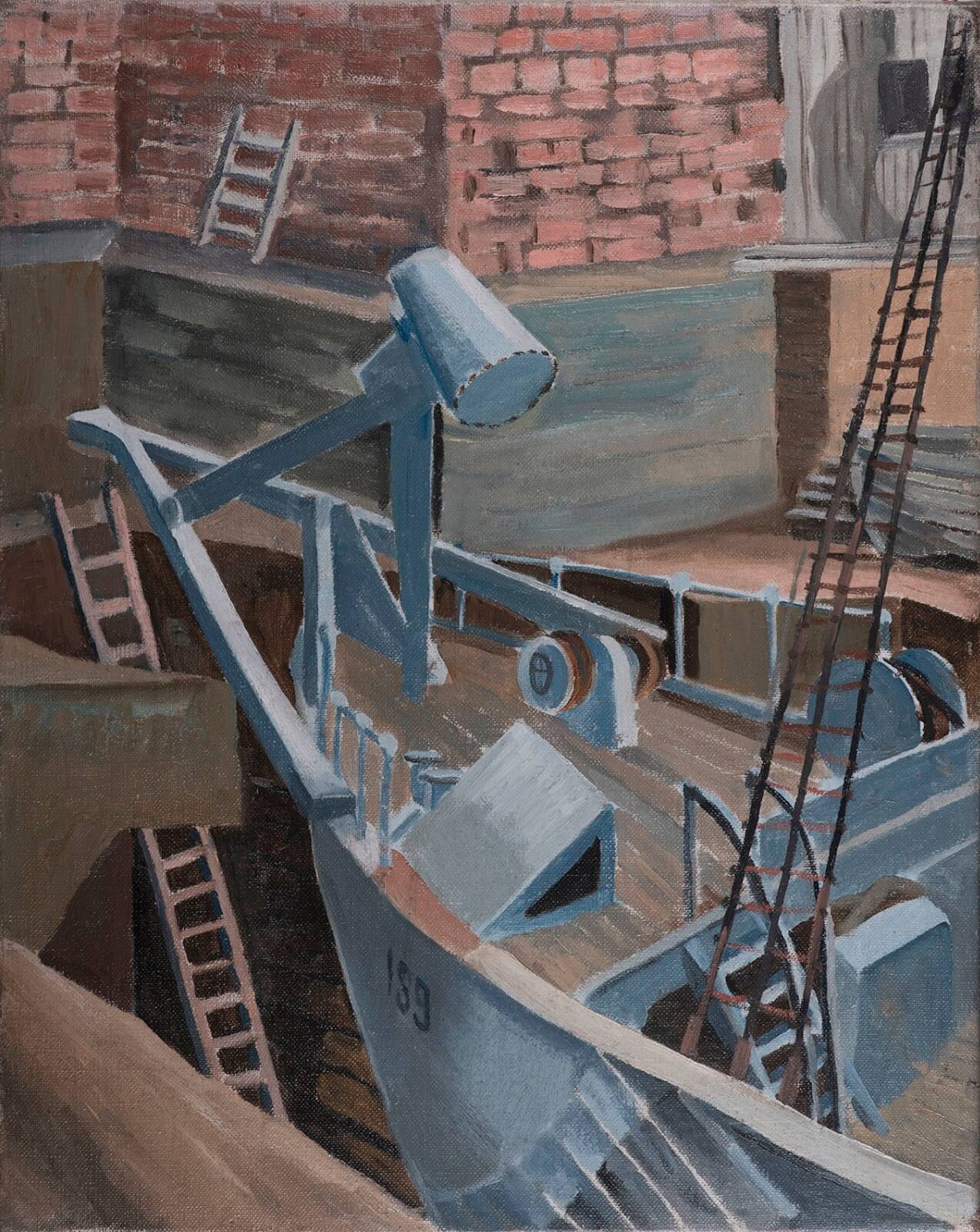 A Royal Navy Mine Sweeper in Dry Dock, circa 1940

Signed and titled to reverse

Oil on canvas
Enquire about this picture

reclaimed. Even in what turned out to be the last years of its empire,

the nation could still harness formidable resources of skilled labour and

technology. Minesweepers, for instance: in the five years between the

war’s start and D Day, the Royal Navy increased its fleet from around

mines. Another kind of mine, the acoustic, explains the strange bucketlike

device on the ship’s bow. Mines that could be set off by noise were a

new development in 1940, but by 1942 British scientists had developed a

counter-measure called the acoustical hammer, which sat inside a conical

distance from the ship.

their own ‚Äì but Britain developed a particular expertise in them. They

number of merchant ships. British mines sent a total of more than 1,000

Axis ships of all kinds to the bottom. The shape of the bow on Atterbury

Heath’s minesweeper suggests it belongs to the MMS type, of which

more than 400 were built. They were small ships, built quickly; their

acoustical hammers have a touch of Heath-Robinson. Sailors knew them

Commentary by Ian Jack. Jack is a writer and journalist who has edited The Independent on Sunday and the literary magazine Granta. He writes regularly for The Guardian. He learnt to tell the difference between cruisers, destroyers, minesweepers, frigates and corvettes during his childhood on the Firth of Forth. 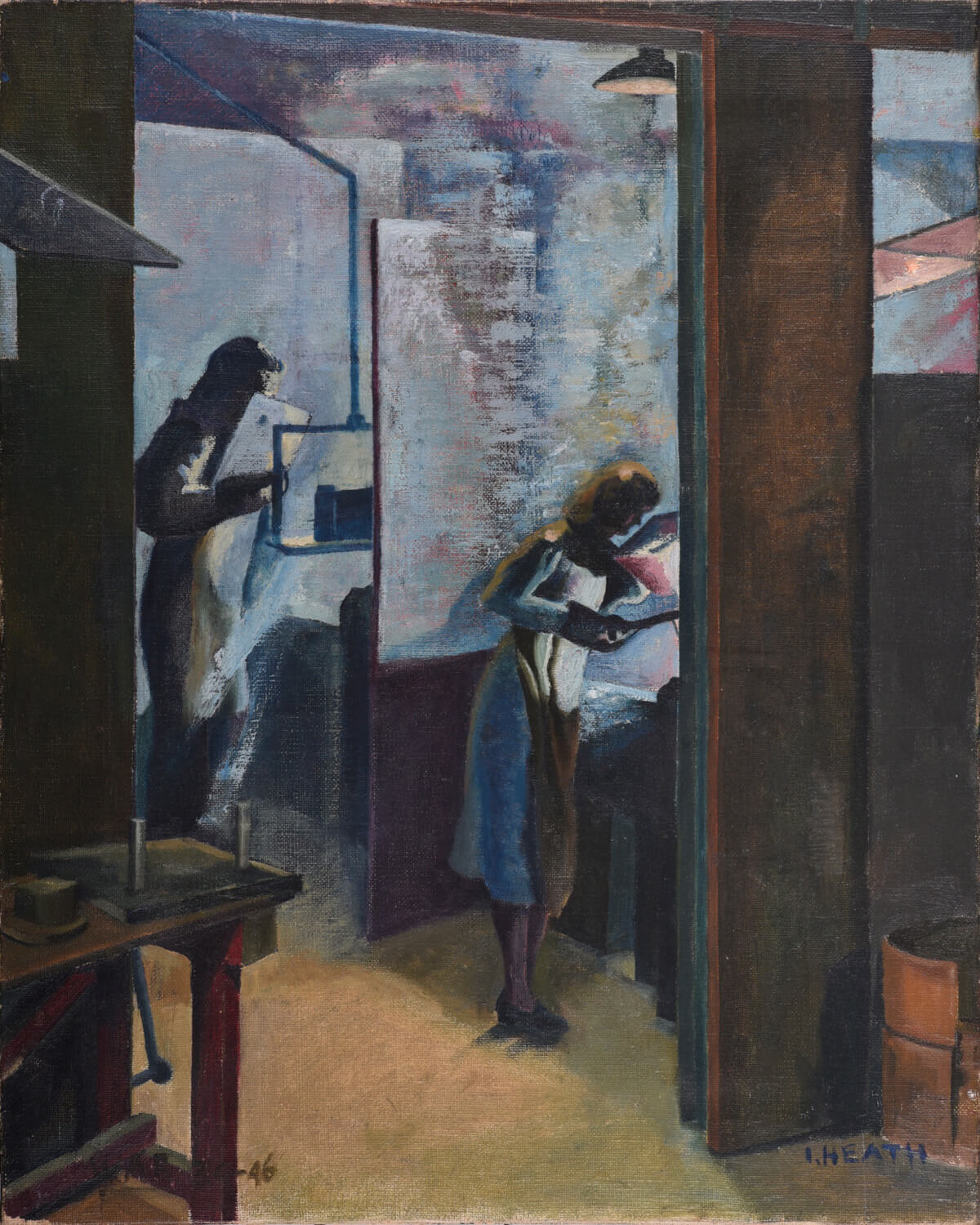 Isobel Atterbury Heath studied at the Acad mie Colarossi in Paris
and later Leonard Fuller’s St Ives School of Painting in the 1930s.

During WWII, she was commissioned by the Ministry of
Information to paint workers in munitions factories and at a
camouflage factory in St Ives, which gave her the opportunity to
showcase how women were employed outside the perceived female
wartime roles of nurses and care-givers.

She broke away from the STISA to help found the Penwith
Society of Arts in 1949, but resigned in 1950 and rejoined STISA
in 1957, continuing to exhibit with them for the rest of her life.
She also showed with the ROI, the RI and the RSA, and was
included in the 1955 centenary exhibition of the SWA in London. 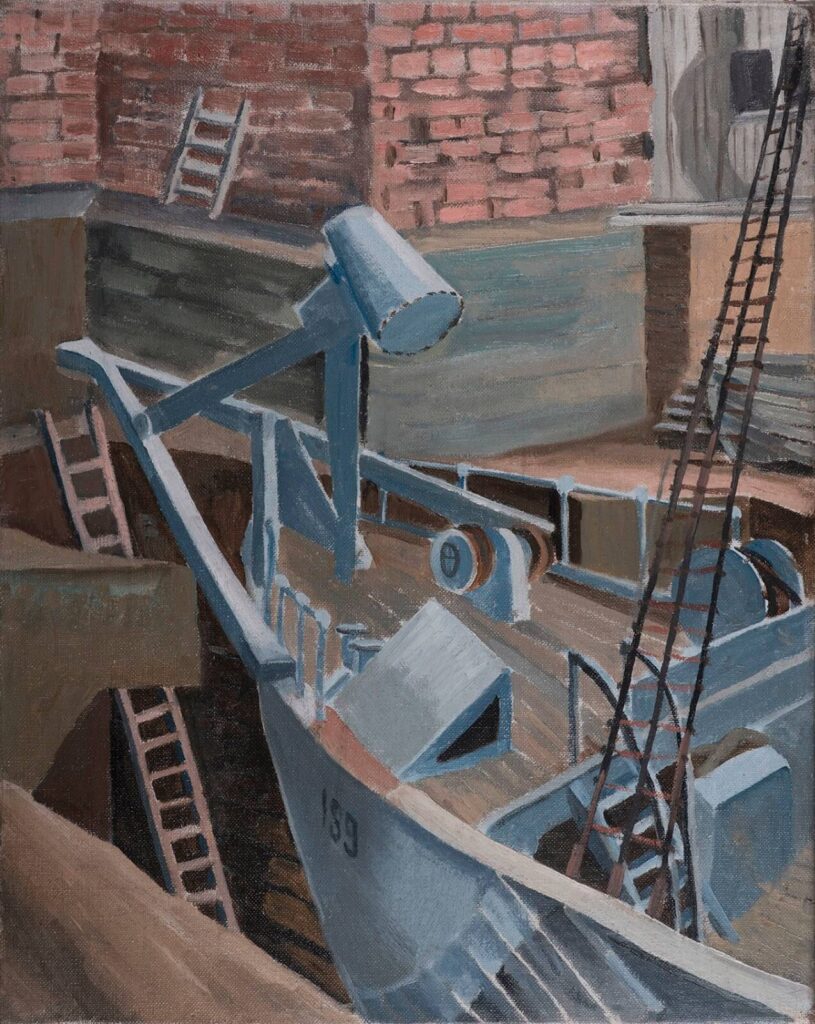