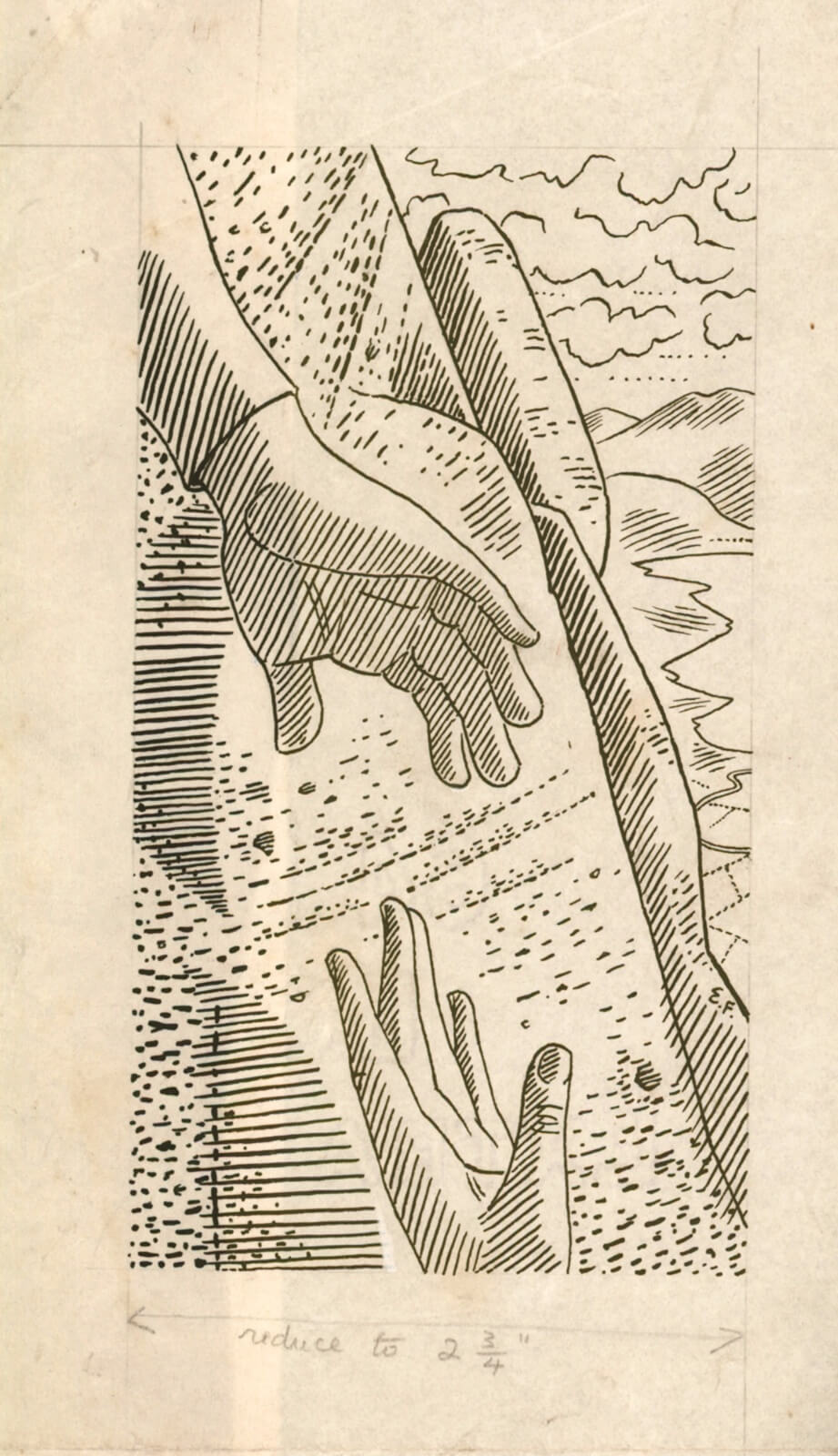 Dunbar and her husband Roger Folley (an RAF officer in 1943) produced their own Christmas cards from 1942 until 1959, the year before Dunbar’s death. Roger Folley had introduced Dunbar to rock-climbing in 1941. An agile and venturesome woman, she turned out to be surprisingly adept at it.
The setting for Dunbar’s design is Almscliffe Crag, an outcrop not far from Harrogate, North Yorkshire, and the pitch, well-known to rock climbers, is called The Pinnacle Flake. In fact it is much less vertiginous than Dunbar makes it appear: the entire climb takes about 12 minutes. Roger Folley had known Almscliffe Crag from his Leeds student days and had introduced Dunbar to it at some time during his RAF leaves.
The texts in their Christmas cards were never conventional: to accompany Dunbar’s drawing, they chose an extract from The Pilgrim’s Progress in which the hero Christian arrives at the foot of the Hill Difficulty:

This Hill, though high, I covet to ascend;
The difficulty will not offend;
For I perceive the way to life lies here;
Come, pluck up, Heart; let’s neither faint nor fear:
Better, tho’ difficult; th’ right way to go,
Than wrong, though easy, where the end is wo.
Below the hands and the millstone grit the river Wharfe flows, with a suggestion of fields neatly enclosed by drystone walls. As in most of Dunbar’s work, agriculture is never far away.

There may be an element of topical commentary.

By the end of 1943 World War 2 was beginning at last to turn in Britain’s and her allies’ favour, a prospect brightened by the increasingly effective participation of the USA.
Was the ‘helping hand’ from across the Atlantic as much in their consciousness as the helping hand to reach the top of Almscliffe Crag?
Dunbar’s measurement instruction requires the printer to reduce the final size. She often drew large, knowing that a reduction in the print size would tighten her image up.
There is a complete collection of the Dunbar/Folley Christmas cards in the Tate archive.
We are grateful to Christopher Campbell Howes for his assistance.
Disclaimer:
Liss Llewellyn are continually seeking to improve the quality of the information on their website. We actively undertake to post new and more accurate information on our stable of artists. We openly acknowledge the use of information from other sites including Wikipedia, artbiogs.co.uk and Tate.org and other public domains. We are grateful for the use of this information and we openly invite any comments on how to improve the accuracy of what we have posted. 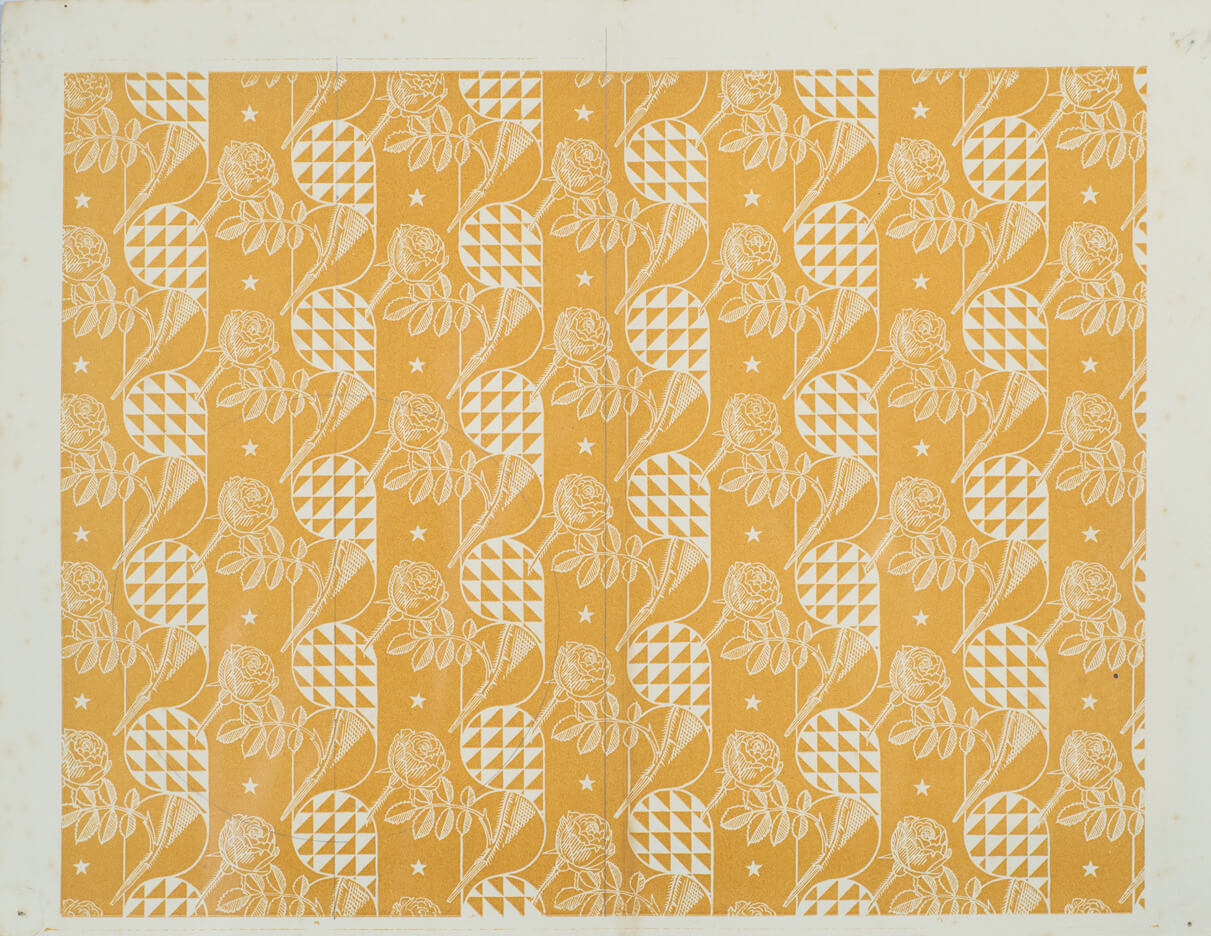