Clearly painted in situ, the use of several sheets of paper leaves an engaging record of Cundall’s working method: his compositions evolved – almost unfolded – in front of him.

Cundall’s working technique was dependant upon sketching on the spot to create images that would later be worked up into larger paintings in the studio. Here one would find him working form many drawings and colour notes accumulated during some recent journey. He prefers working with such aids to memory, on a fine canvas with soft hog and sable brushes, occasionally using a palette knife, and laying on colour instinctively rather than by methodical system. (William Gaunt, Charles Cundall R.A, A Study of his Life and Work). 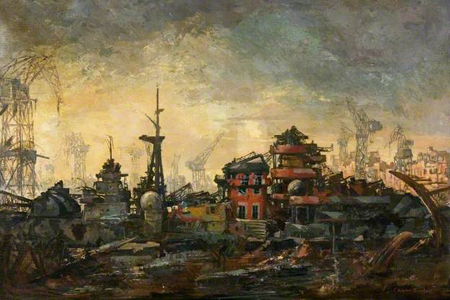 Study for The Hipper at Kiel, c.1945. Collection of The Glasgow Museum

The German cruiser ADMIRAL HIPPER which was in dry dock at Kiel when the harbour was captured by the Allies. Both the German attempts to camouflage her and the damage caused by Allied bombers can be seen. 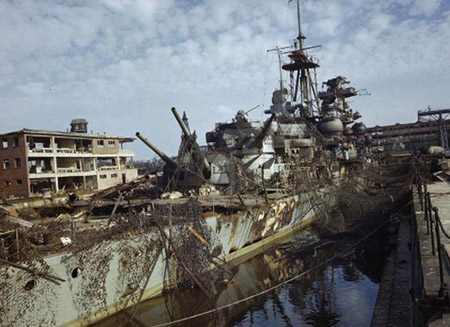 In July 1940, the WAAC offered Cundall a salaried six-month contract with the Admiralty, focusing on the work of the Merchant Navy:a timely subject that had been urged on the Admiralty by the Chamber of Shipping the previous spring. In 1941, after a brief lull following the end of his Admiralty employment early in the year, he was transferred to the Air Ministry, where he remained until 1945. Muirhead Bone wrote the catalogue Forward for one of Cundall’s exhibitions in 1927 praising him as a ‚Äúdetached observer we feel we can trust‚Äù. 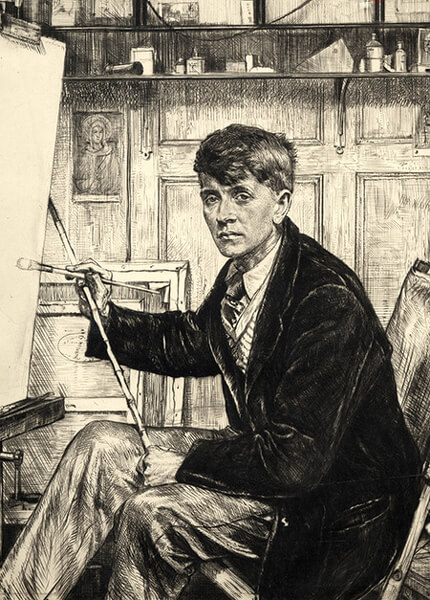 Painter, potter and stained glass artist, born in Stratford, Lancashire. After working as a designer for Pilkington’s Pottery Company under Gordon Forsyth, Cundall studied at Manchester School of Art, obtaining a scholarship to the Royal College of Art, 1912. After World War I army service he returned to the Royal College in 1918, then from 1919 to 1920 attended the Slade, and furthered his studies in Paris. Cundall traveled widely in several continents and became noted for his panoramic pictures, such as Bank Holiday Brighton, in the Tate Gallery (accession no. NO4700). He was a member of NEAC, RP, RWS and other bodies and was a prolific RA exhibitor. He had first solo show at Colnaghi 1927. He was an Official War Artist in World War II, during which time he was sent to Quebec (1944). In the same year he was elected RA. His wife was the artist Jacqueline Pietersen.

His technical facility – especially when working on large panoramic canvases – was remarkable. His pictures are rich with texture, light and movement. He was equally at ease with aerial views, landscapes, seascapes and cityscapes, and was a master of crowd scenes. His work as an Official War Artist has never received the attention it merits. 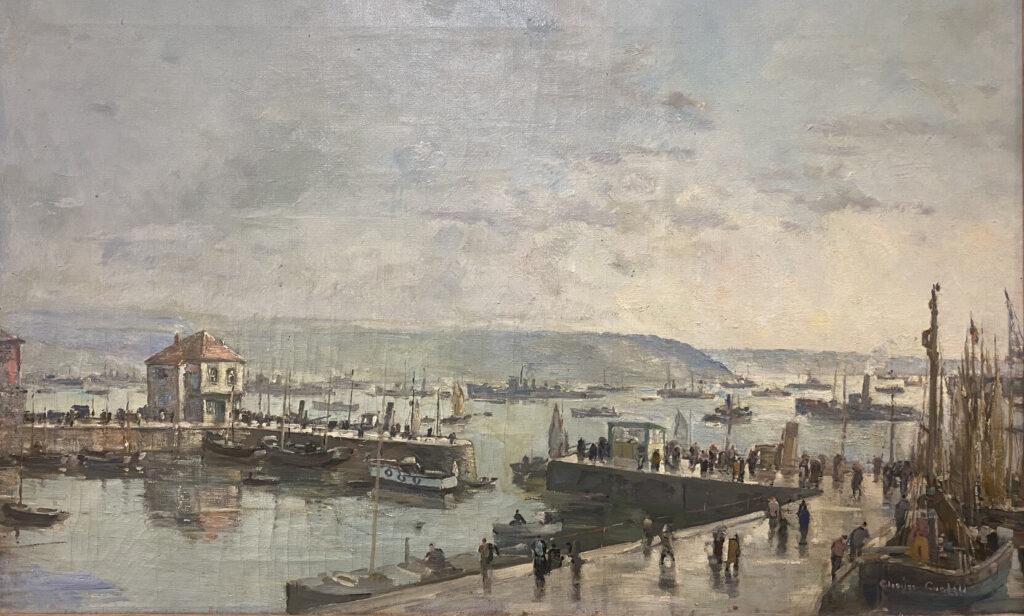 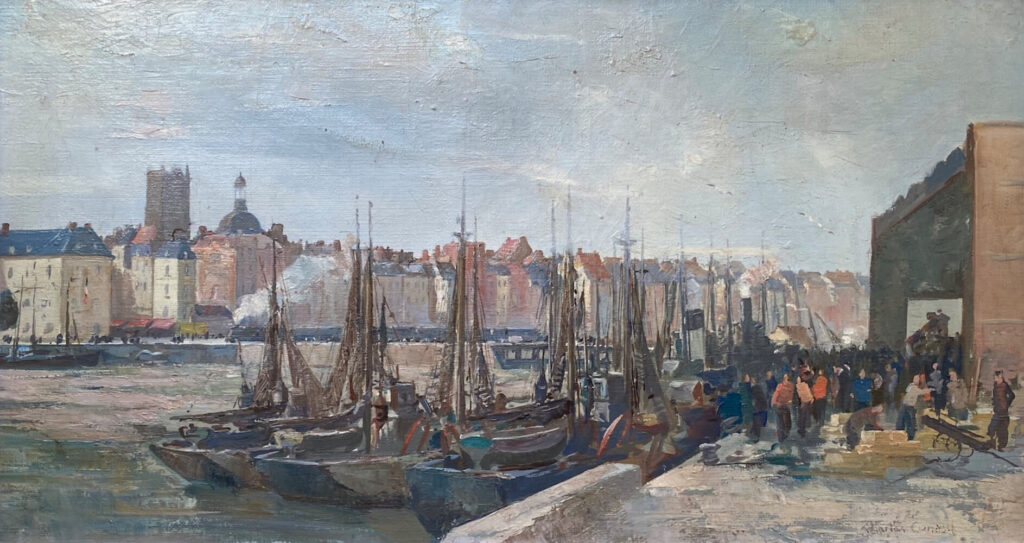 Charles Cundall
Dieppe with Figures on the Quayside and Boats Moored, circa 1930
£8,500.00 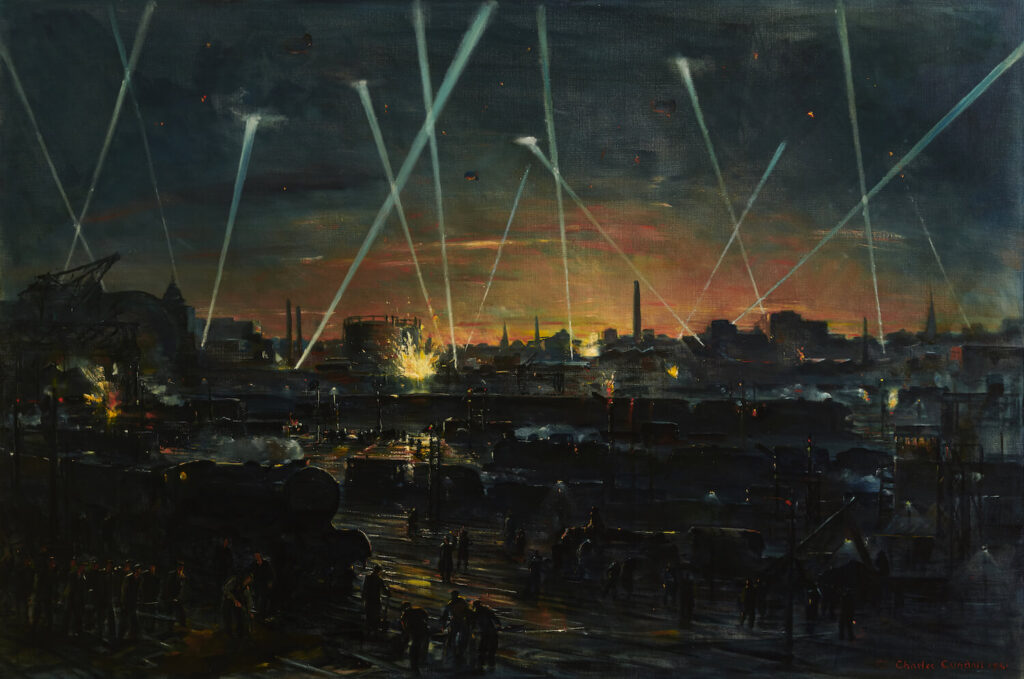 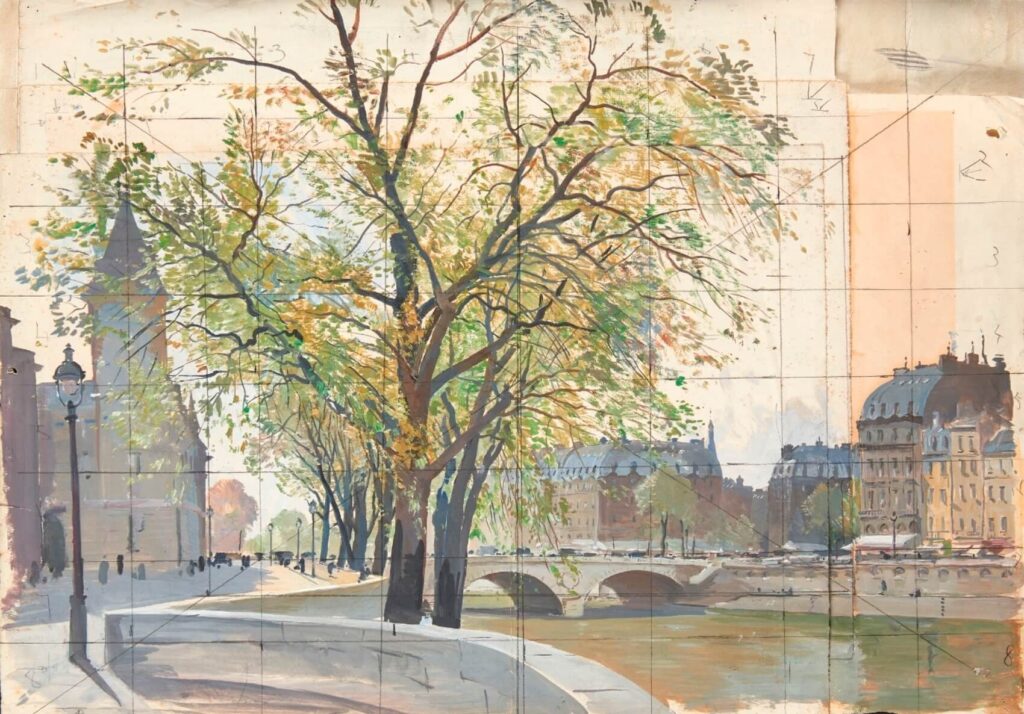 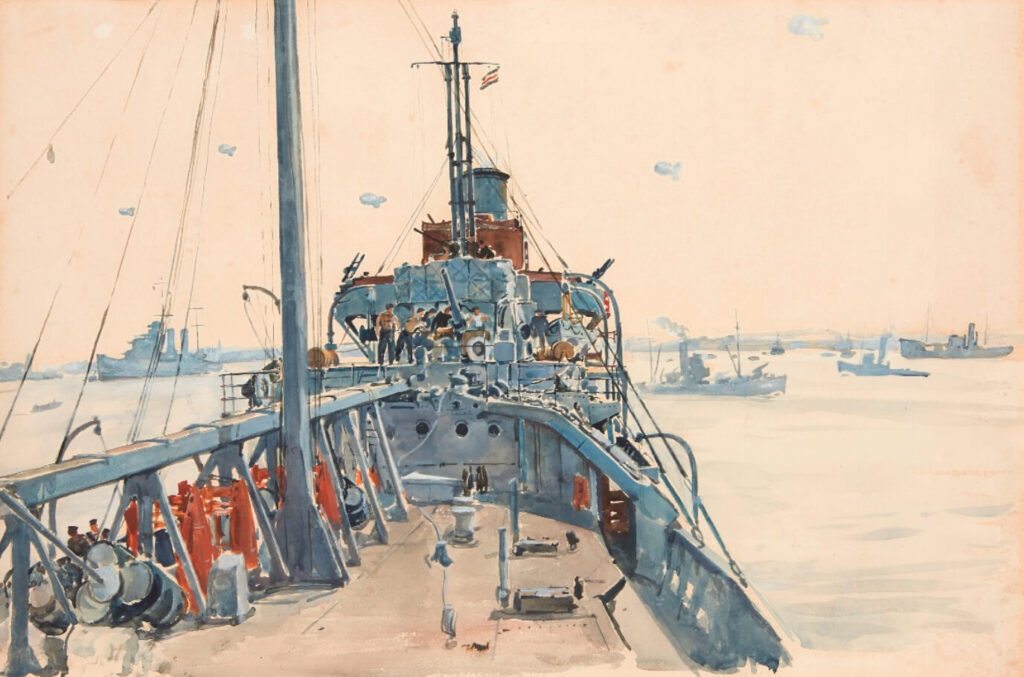 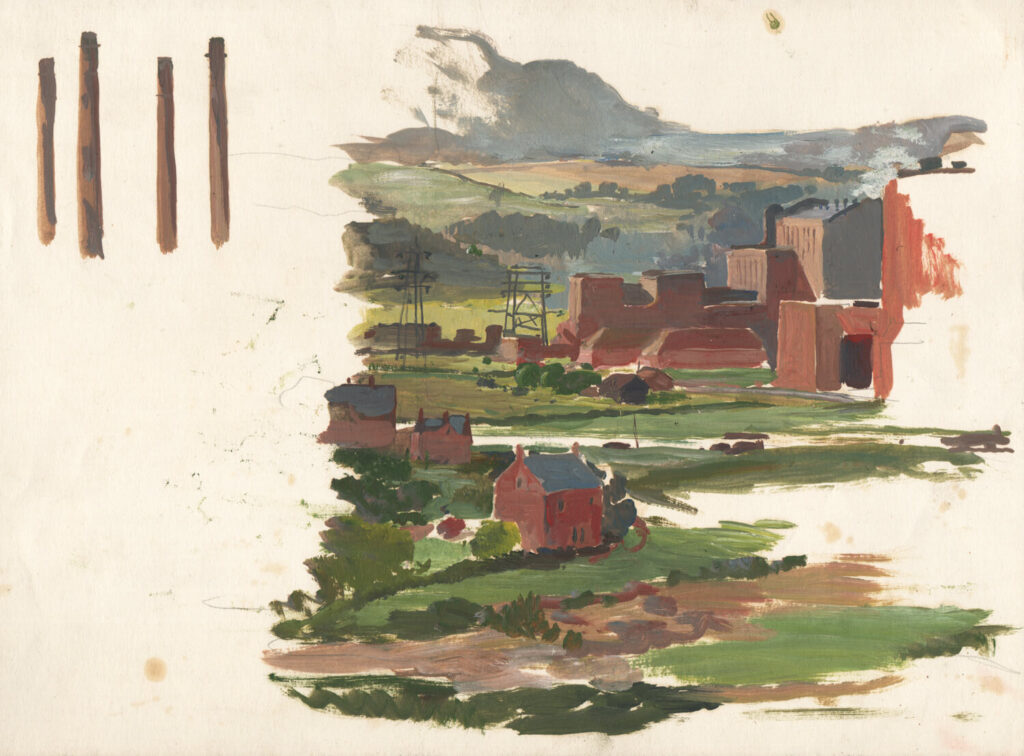 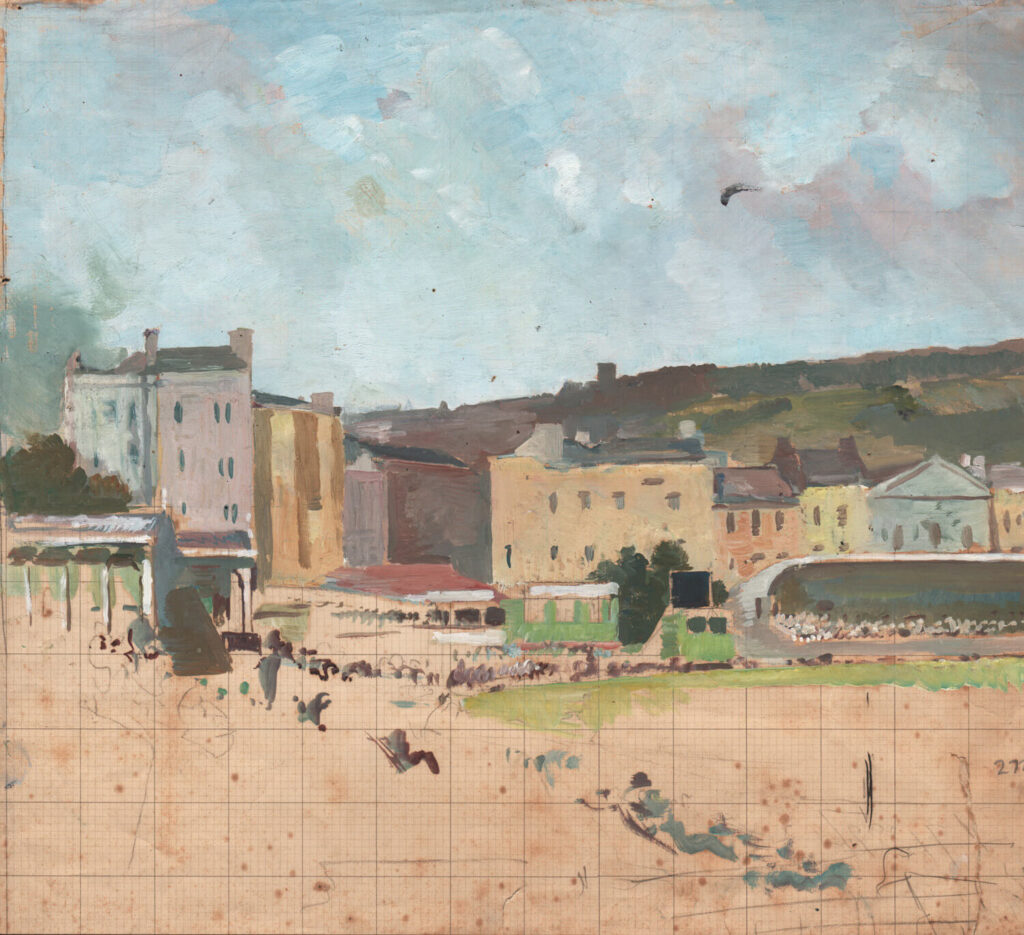 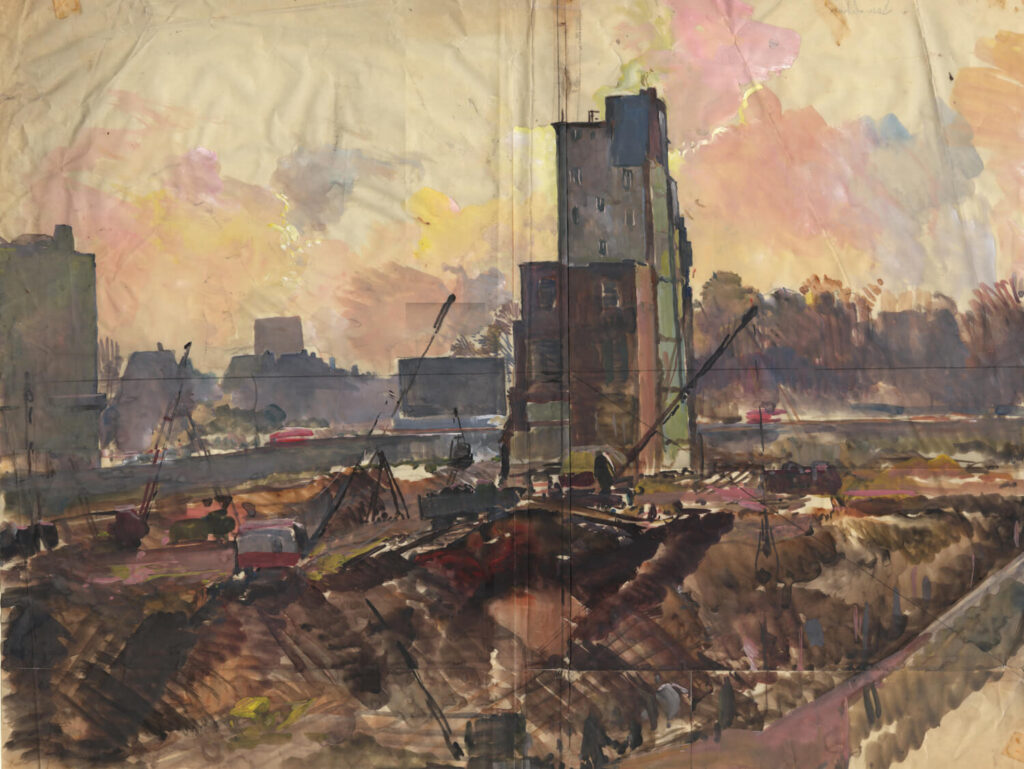 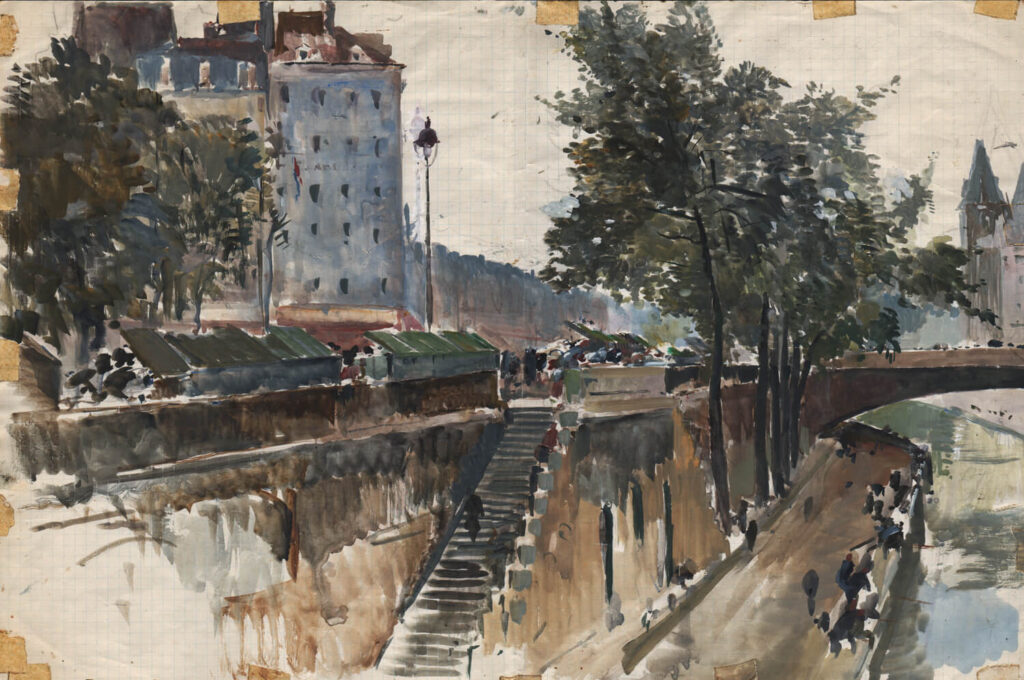 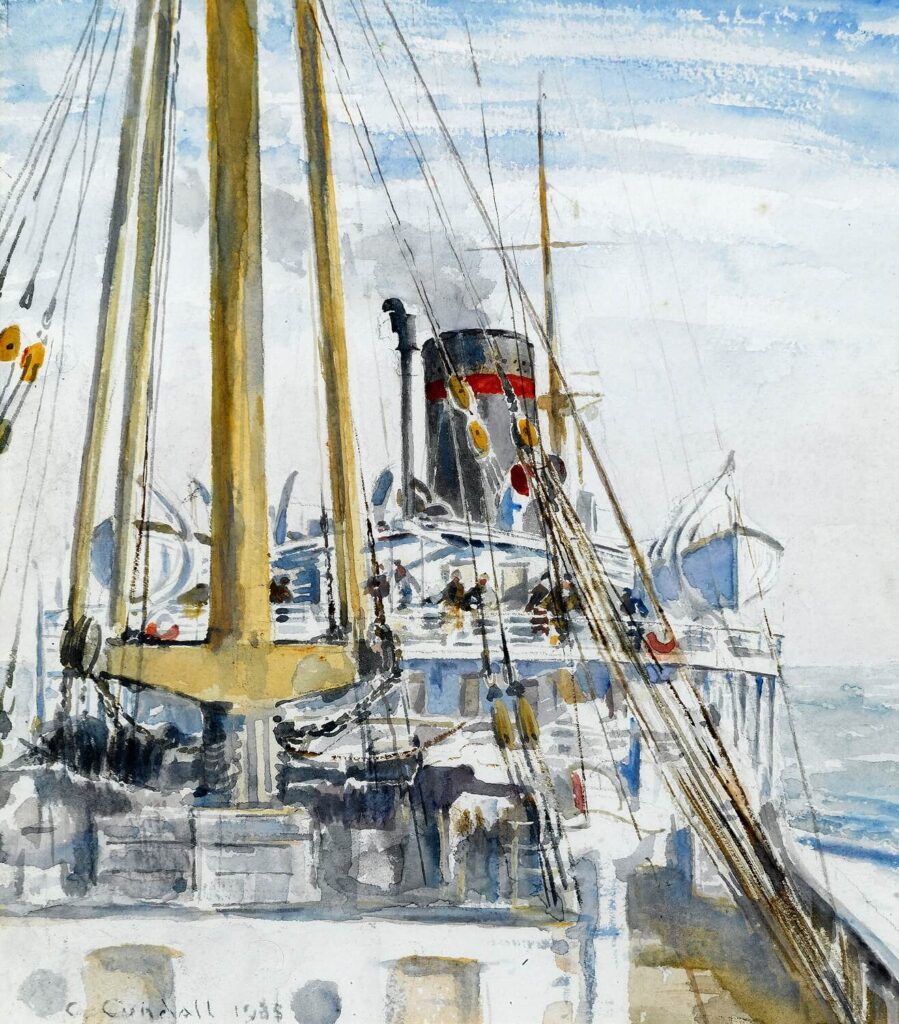 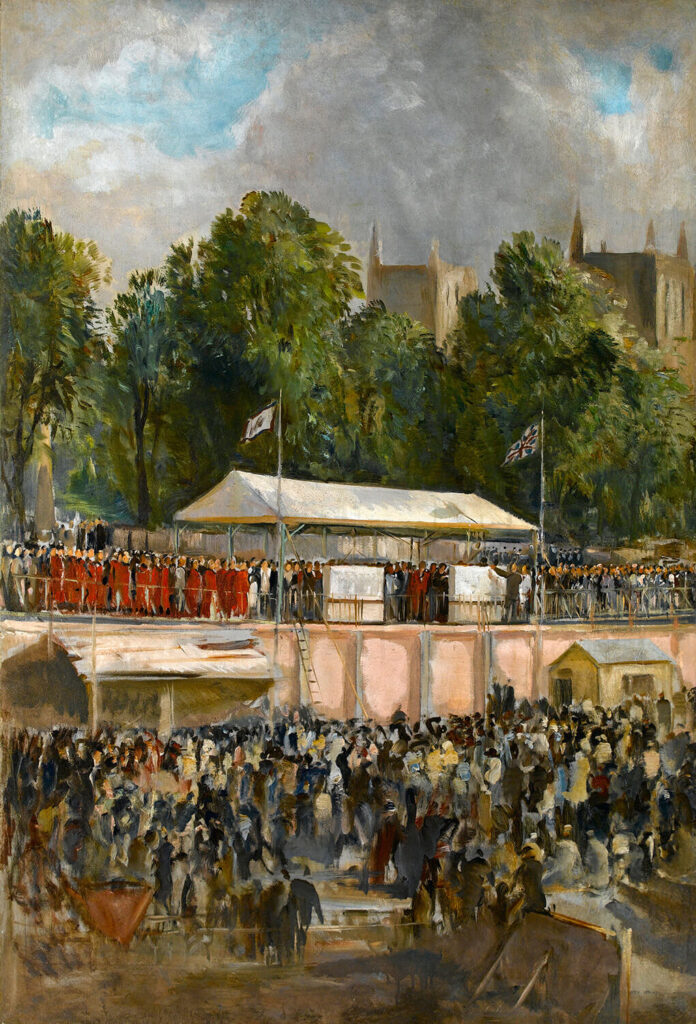 Charles Cundall
Study for Laying the Commemoration Stones of the new Minicipal BuildingsBristol, 1939
£8,700.00 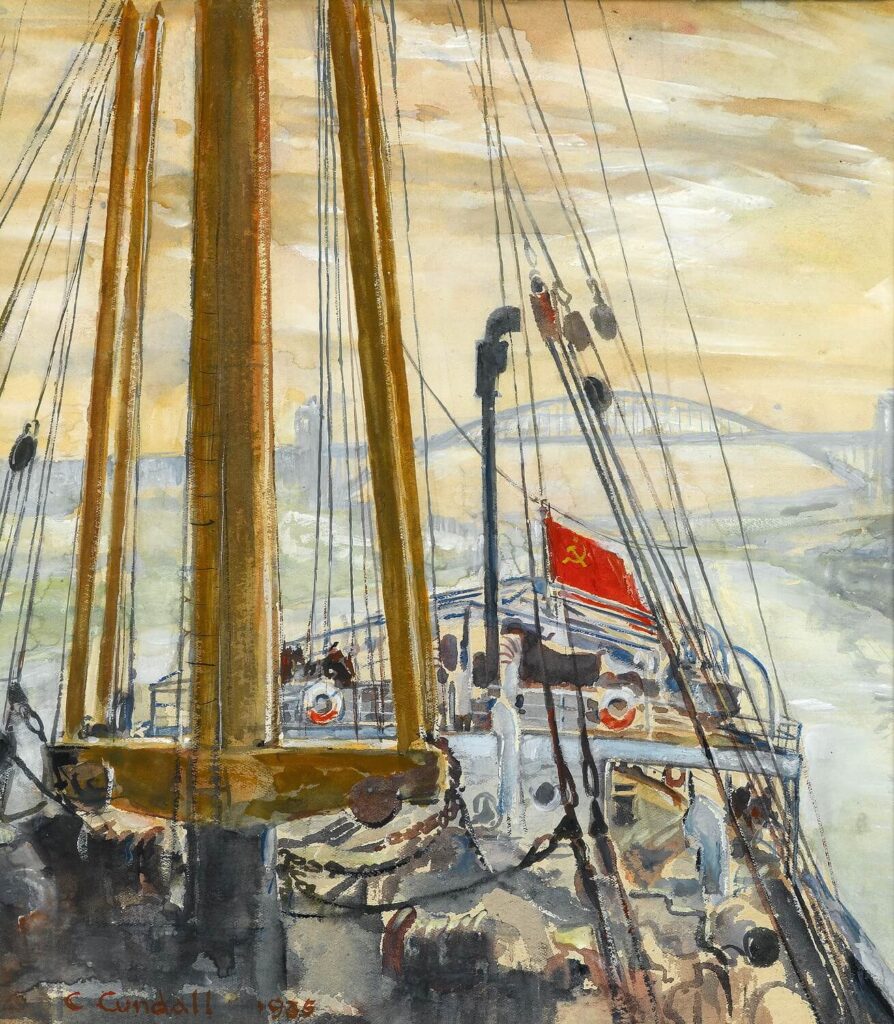 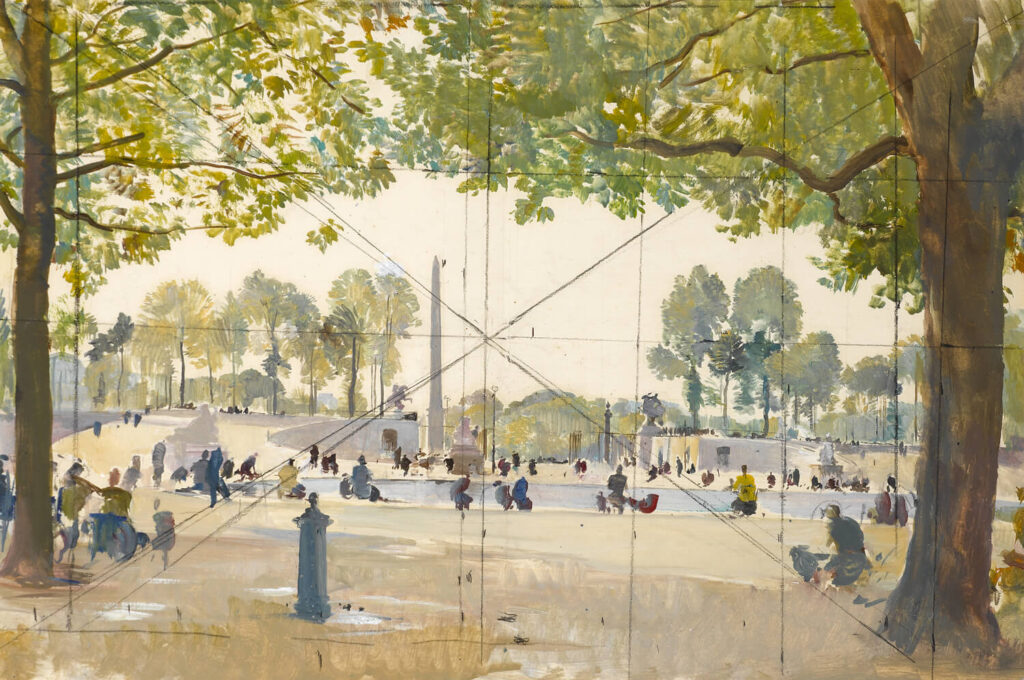 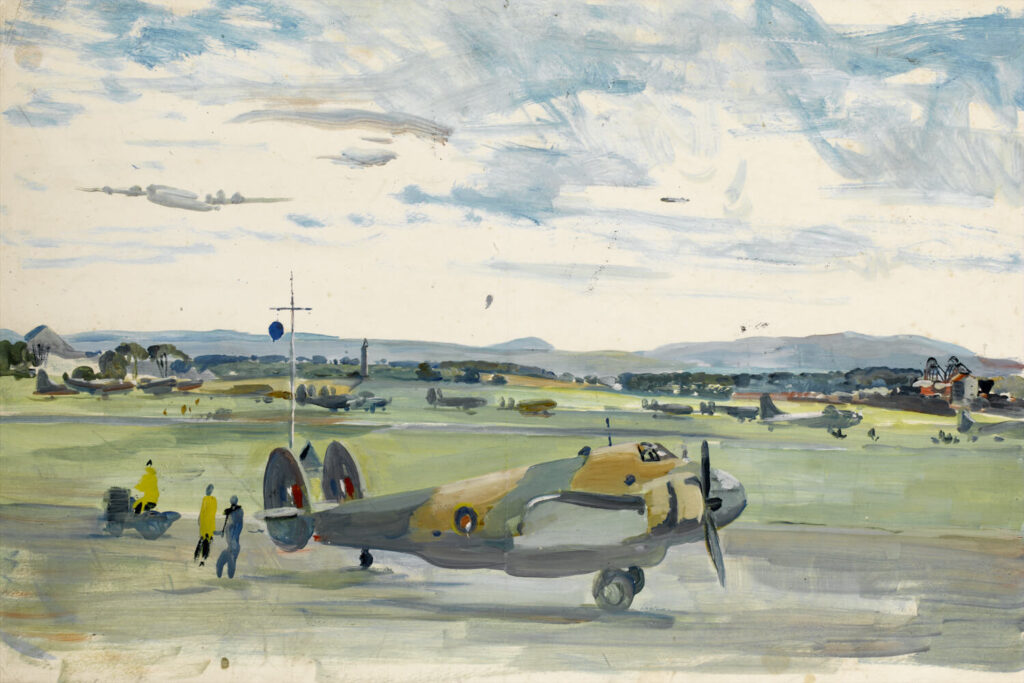