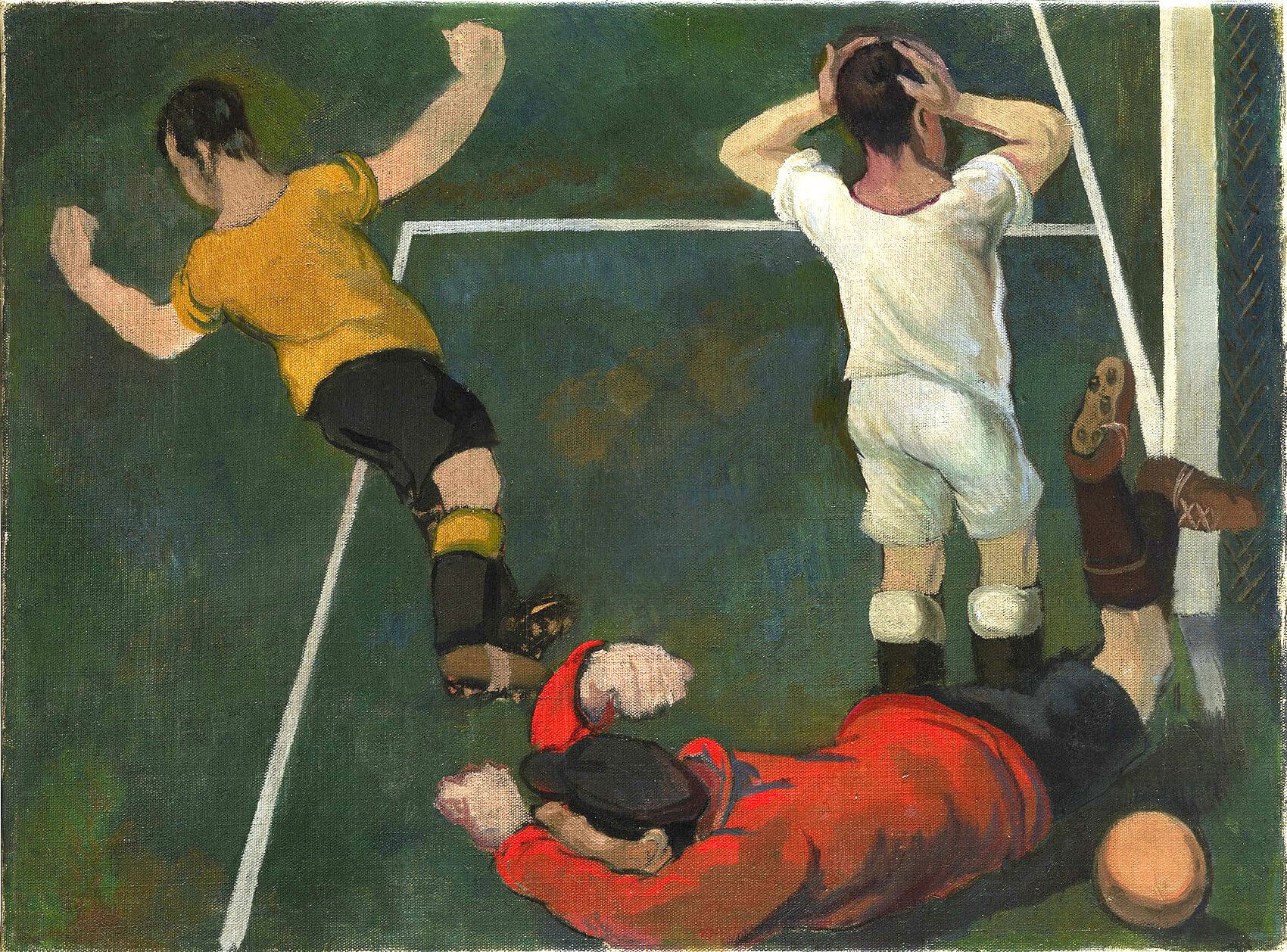 Gilbert Spencer’s love of football stemmed from early childhood. Not pretending to join my elders in their passionate interest in literature’, he recalled in Memoirs of a Painter (1974), I took to football on Cookham Moor’. Spencer paid tribute to this childhood experience in Football on Cookham Moor, 1935 (the Britten Pears Foundation, see below), which, along with The Goal, is the only known example of a football subject within Spencer’s repertoire

Primarily a painter of portraits and landscape, Spencer’s reputation, like that of his brother Stanley, rests equally on his ability to capture the incidents of everyday life in rural England. After seeing Football on Cookham Moor hanging in the house of author, George Behrend, in 1942, Stanley wrote to Gilbert:

‚ÄúSpeaking of each other as worlds…it seems to me that as your Sermon on the Mount is a good example of one of your hemispheres, so this [Football on] Cookham Moor is a very fine if not the grandest example of your other hemisphere’. (Tate archive)

In The Goal, Spencer has captured the intensity of game, successfully communicating the drama and emotion around the scoring of a goal. The close perspective engages the viewer directly in the action, while the use of predominantly bold, dark colours intensifies the sense of vigour in the scene. In line with his other pictures from this period, Spencer renders the figures with a degree of distortion, sacrificing individual specificity for a more powerful sense of physicality.

From the distinctive team liveries, it appears likely that the match recorded is the League Two Division tie between Wolverhampton Wanderers and Swansea City, 13th December, 1930, in which the hosts ran out 3 – 1 winners. Assuming this is the winning goal, the scoring figure might be identified as Wolves striker, Billy Hartill, who gave his side the lead late into the game. Nicknamed ‘Artillery Billy’, Hartill ended the season with 30 goals in 39 appearances, and fired Wolves to the Championship the following year. 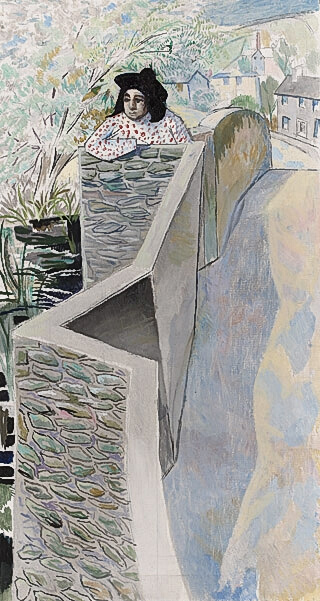 Painter, especially of landscapes, draughtsman, teacher and writer, and brother of the painter Stanley Spencer. Born at Cookham, Berkshire. Spencer studied at Camberwell School of Arts and Crafts, woodcarving at the Royal College of Art, 1911-12, then with Fred Brown and Henry Tonks at the Slade School of Fine Art, 1913-20. Between 1915 and 1919 he served in the army. Spencer had his first one-man show at the Goupil Gallery in 1923; he also exhibited at the RA (he was elected RA in 1960), NEAC, (of which he was a member), Leicester Galleries, RSA, Redfern Gallery and many other venues. Although he produced notable wall paintings for Holywell Manor, Oxford, 1934-6, Spencer made his name as a landscape artist working mainly in the English southern counties. At various times he taught at the Royal College of Art, Glasgow School of Art and Camberwell, serving meanwhile as an Official War Artist, 1940-3. His book Stanley Spencer appeared in 1961 and his autobiography, Memoirs of a Painter, in 1974. A retrospective exhibition was held at Reading in 1964. The Tate and many other public collections hold his work. He sometimes just signed his work GS. He lived in Hampstead and towards the end of his life near Reading, Berkshire. 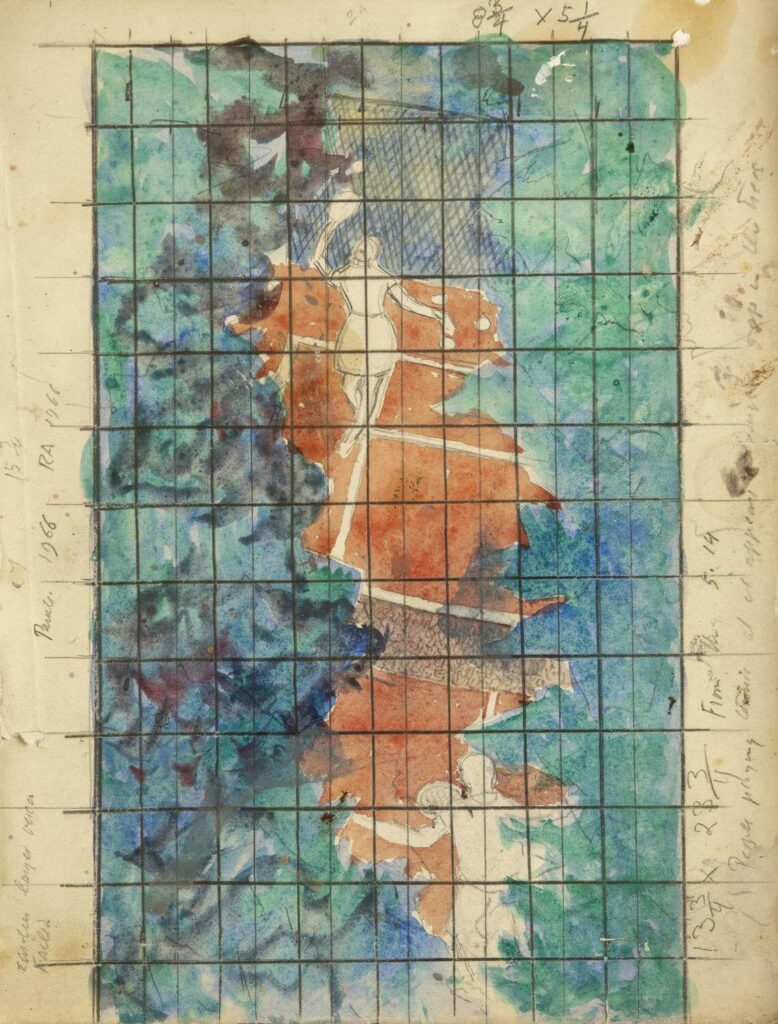